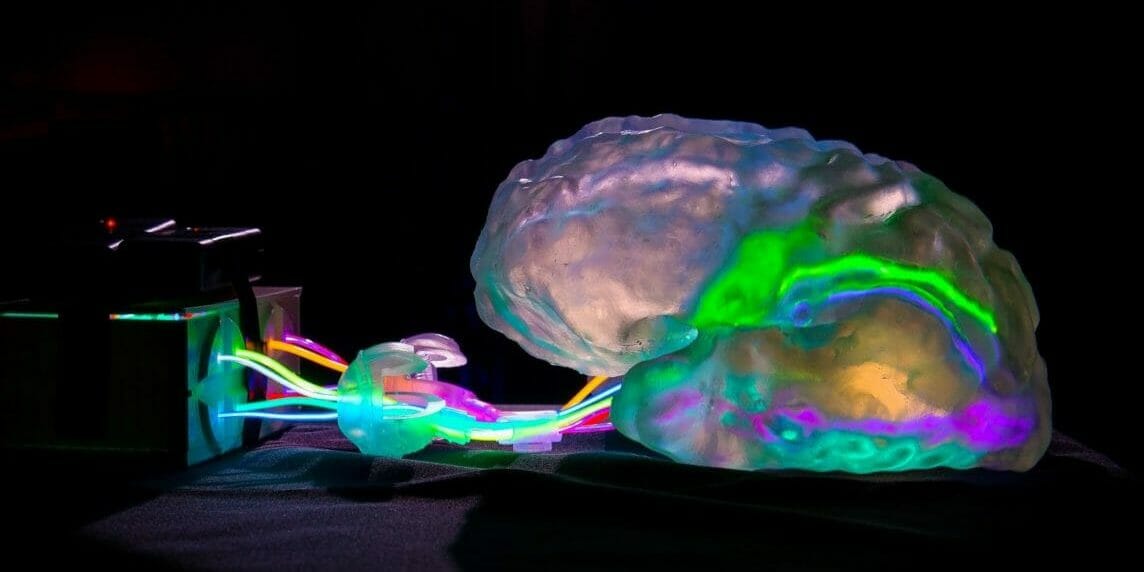 Vision science is a topic that encompasses a complex interworking of optometry, ophthalmology, neuroscience, psychology, physics, information systems biology, and other fields of science, engineering and math. As part of optometry students’ study of vision science, they are expected to learn how and why vision works and then recognize when something goes wrong. In my experience over the last 10 years teaching vision science to either advanced undergraduates or 2nd year optometry students, two areas in particular prove very difficult for students to grasp, perhaps due to their unique visuospatial aspects. The first is the complex network linking the retina to the brain. The second is the center surround organization prevalent in the retina and similar cellular structures. Even with complex computer animations such as the synaptic organization demonstrated by Samuel Wu, students still struggle and underperform in these two subject areas (Wu 2010).

Commercial/off-the-shelf models have proven useful in both anatomy and clinical training. An example is the use of the SOMSOVRMS 10/1, Female pelvis with ligamentous apparatus (Marcus Sommer Modelle Gmbh, Coburg,Germany) to show that it was more effective in learning outcomes as compared to either interactive or static images on a computer screen. (Khot et al 2013)  Estevez et al. takes this a step further by using both preserved brain specimens including plastic embedded sets of coronally and horizontally sectioned brain slabs and commercially available Human Brain Ventricles #566786 (Carolina Biological Supply Co., Burlington, NC). The students in this study then rebuilt brain structures over the ventricles using clay. The students who participated in this type of activity had significant knowledge gains over students who did not participate. (Estevez et al 2010) One of the more thorough reviews in the literature is presented by Azer and Azer who went through more than 4,800 articles. While their conclusion appears at first glance to not support 3D modeling in the classroom, it is worth noting that two thirds of the studies they focused on used web or computer based models not physical models. As noted in my original application materials, other research on 3D modeling supports that conclusion concerning computer-simulated models. Additionally, they recommend studies with more research quality and investigating other skills, aside from anatomy performance – two areas in which my proposal is addressing. (Azer & Azer 2016)

3D printing, the process of taking a virtualized 3D model and turning it into a 3D physical object, is entering biomedicine at a furious pace. Six years ago there were about 400 articles in PubMed that referenced 3D printing. As of July 2018 there are over 5,000 – an increase of over 1000% or >700 new articles a year! 3D printing is making significant strides in education from engineering to biology. Recent studies with anatomy and surgery students have shown that 3D printed models provide significant educational benefits over and above traditional textbooks and even 3D virtualization software in the classroom (AbouHashem et al 2015, Marconi et al 2017, Preece et al 2013, Pujol et al 2016, Vaccarezza & Papa 2015). 3D printing is also making headway into clinical settings – even optometric clinics (Canabrava et al 2015, Heller et al 2016, Huang & Zhang 2014, Liew et al 2015, Rothenberg et al 2017, Tetsworth et al 2017). 3D printed models can also be integrated with microcontrollers to facilitate custom interactive projects (Lee 2016). An unanswered question is: can 3D printed models be used to increase student learning in non-anatomy based optometric classrooms?